On Tuesday, voter will return to the polls to vote in a pair of runoff elections to determine who will go on to the General Election. 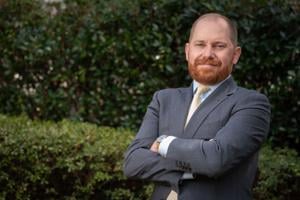 One such race is for Lt. Governor where Charlie Bailey who was a 2018 candidate for Attorney General will face off against Kwanza Hall, who is a former Atlanta City Councilman and Congressman.

Voters should vote for Charlie Bailey next Tuesday. He will be a strong fighter for Rural Georgia whether you live in Charlton County, Montgomery County, Polk County or Union County.

Charlie will first address the symptoms of a over regulated, over taxed economic base and it effect on the taxpayer. Second, he understands and respect that Rural Georgia is Georgia too! (He is a native of Harris County in Western Georgia). Third he will ensure no more rural hospitals will close and to finally spearheard much needed medicaid expansion to rural areas of our state that are in desperate need of healthcare services. And finally, he will address and try to come up with solutions to the three f's.... Fuel, Food, and Fertilizer. Our Farmers and Agriculture Industry rely tremendously on diesel a
nd fertilizer, and voters feel the pinch in their wallet and pocketbooks when go to the store or put gas in their vehicles.

Kwanza Hall, his opponent is a nice guy with many accomplishments and if he wins, I'd take a long look at supporting him, but right now Georgians need a Charlie Bailey as Lt. Governor to bring all parties together to continue to move Georgia forward.