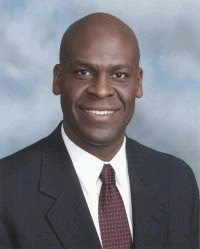 His name is RJ Hadley. He hails from Rockdale County & is a Chief of Staff according to his Bio. He was a Obama Delegate (at-large) for the state of Georgia. He has been traveling the state already meeting & greeting folks, attended the Jefferson-Jackson Dinner. He announced his intentions on June 7 of this year. He has already met DuBose Porter, Sanford Bishop, Rob Teilhet & others. He doesn't have a website, but he has a facebook page & Twitter page. Here's an email I got from him yesterday: I'm planning to run for U.S. Senate next year and I want to make sure that rural GA is listened to. In fact, I'm spending most of my time listening to voters in the south and up north in the mountains. I guess that goes against the conventional, but so be it. Anyway, I appreciate your blog and please keep me informed about the important issues facing ALL rural voters in GA. I welcome input from you and your readers.
Every election cycle, we cheer those candidates who raise the most money as "viable". Most of them get voted into office and then we can't believe the choices they make. Well the ones who raise the most money probably had to rely on corporate or special interests to get there. So why would we expect those politicians to care about the rest of us once they get in?

Slyram said…
I personally like Isakson and wonder why candidates bypass the House and target the Senate on the first run. We will see but watch the Democrat power establishment produce their candidate despite Hadley credentials.

Does anyone read my blog because I tried to tell the Dem Team to blow off the Isakson race and therefore leave his war chest and machine on the sidelines---the way Ralph Reed as head of the Georgia GOP did not run anyone against Rep. Sanford Bishop when Saxby Chambliss won his Senate seat the first time.
June 25, 2009 at 2:15 PM

Matt said…
"In fact, I'm spending most of my time listening to voters in the south and up north in the mountains."

Then, he's going to lose. Most of the state's voters are in Metro Atlanta as are most of the voters who would consider voting Democratic. Chasing after rural voters who are constituting less and less of the electorate with every election, and who wouldn't vote for a Democrat anyways is just foolish.
June 25, 2009 at 2:50 PM

There must be wisdom in your statement, because many have told me the same thing. I guess that's how the game is played. I still don't think campaigns should blow whole regions off because they aren't expected to vote. Those folks are affected by actions in DC too. I wonder if that is why they're making up less and less of the electorate each year? They must be frustrated by not living in the right area or donating the right amount of money to be heard by their politicians. I totally understand how they feel. rj
June 29, 2009 at 1:51 AM

"...wonder if that is why they're making up less and less of the electorate each year? They must be frustrated by not living in the right area or donating the right amount of money to be heard by their politicians."

Not really. I don't know what the level of alienation is for non-Metro voters compared to those inside the Metro area, but the obvious factor here is that the Metro Atlanta area is growing VERY fast while much of the rest of the state isn't.

"I still don't think campaigns should blow whole regions off because they aren't expected to vote."

Oh, I agree. I'm not saying to completely ignore North, Middle, and South Georgia. However, be realistic.

On the flispide, however, and to clarify what I was saying, your comment to Keith makes it seem like your basically ignoring the 57, 58, 59 percent of the Georgia electorate who lives in Metro Atlanta (myself included--I live in Cartersville), an area that's still growing rapidly AND getting more friendly toward Democrats.
June 29, 2009 at 4:21 AM

Keith said…
There are some swing counties here in middle as well as south georgia. The entire second district, with the exception of lee, thomas counties are winnable for a dem if he or she runs as a moderate. Running as a liberla isn't going to cut it at all. The mistake dems make is they think a democrat cannot win in rural georgia. I totally disagree with that. There are certain trypes of democrats that can win down here. Just look at John Barrow as a prime example as well as Jim Marshall & Sanford Bishop who in my opinion is slowly moving from the center-right position to the center left position.
June 29, 2009 at 1:22 PM